Founder and CEO of Rappler, Maria Ressa is a former CNN reporter and bureau chief in Manila and Jakarta. Journalist for 35 years, she is a Princeton graduate and has US and Philippine dual citizenship. She headed the news division at the Philippines’ most popular TV network, ABS-CBN, from 2004 to 2010, going on to co-found Rappler, the country’s leading digital-only independent media outlet, in 2012.

” Press freedom is the foundation of
the rights of all Filipinos to the truth. ”

During the nearly five years that the populist Rodrigo Duterte has been president, Rappler have tirelessly investigated human rights violations and the country’s increasing authoritarianism.

For Maria Ressa, this has meant being the target of constant political harassment and she is now facing the possibility of life imprisonment as a result of the – at least – nine charges opened against her.

For her courage and her work combatting disinformation and fake news, Maria Ressa was named TIME Person of the Year in 2018.

The same year, Prospect Magazine chose her as one of the World’s Top 50 Thinkers and in 2020, she was named Journalist of the Year and received the John Aubuchon Press Freedom Award, the Most Resilient Journalist Award, the PEN Tucholsky Prize, the Truth to Power award and the Four Freedoms Award.

In 2021, she was awarded UNESCO’s Guillermo Cano Press Freedom Prize. 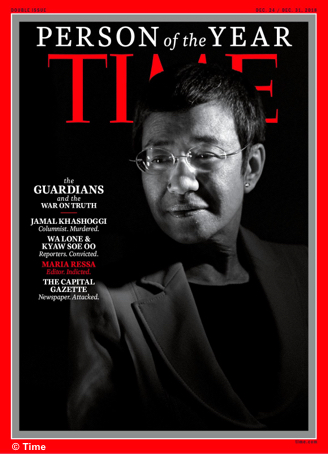 She is the author of Seeds of Terror: An Eyewitness Account of al-Qaeda’s Newest Center of Operations in Southeast Asia (2003) and of From Bin Laden to Facebook: 10 Days of Abduction, 10 Years of Terrorism (2012)

ABOUT THE DRAMATIC
SITUATION IN THE PHILIPINES

When sworn in as president in June 2016, Rodrigo Duterte issued this cryptic but grim warning: "Just because you're a journalist, you are not exempted from assassination, if you're a son of a bitch. Freedom of expression cannot help you if you have done something wrong."

Four Philippine journalists were killed in 2020, probably by thugs working for local politicians, who can have reporters silenced with complete impunity. After a ten-year wait, several leading members of the Ampatuan political clan were finally convicted in December 2019 of carrying out the biggest-ever massacre of journalists – on the island of Mindanao in 2009. But other persons implicated in this massacre are still free. The government, for its part, has developed several ways to pressure journalists who dare to be overly critical of the summary methods adopted by “Punisher” Duterte and his “war on drugs.” After targeting the Daily Philippines Inquirer, the hot-headed president and his staff embarked on a grotesque judicial harassment campaign against the news website Rappler and its editor, Maria Ressa, who has been the target of at least ten arrest warrants on a range of charges, all equally far-fetched. 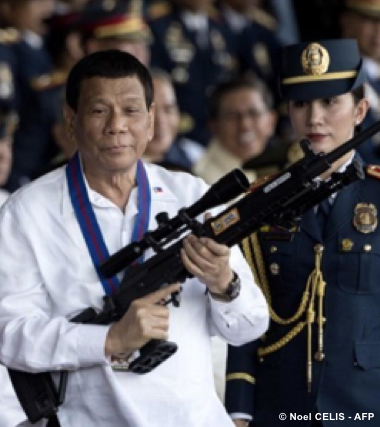 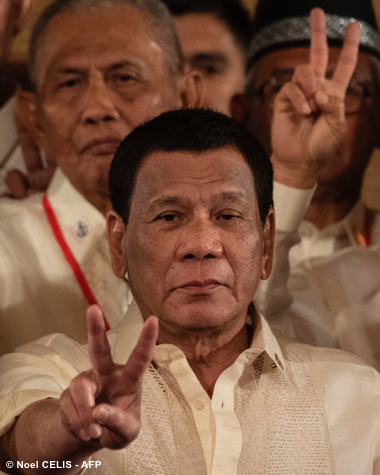 The Philippine congress, most of which supports the president, refused in the summer of 2020 to renew the franchise of the country’s biggest TV network, ABS-CBN, depriving millions of Filipinos of absolutely essential public interest reporting during the pandemic. The persecution of the media has been accompanied by online harassment campaigns orchestrated by pro-Duterte troll armies, which also launched cyber-attacks on alternative news websites and the site of the National Union of Journalists of the Philippines, in order to block them. “Red-tagging” also returned in force in 2020. A hangover from the Cold War and, before that, from when the country was a US colony, this is a typically Philippine practice under which dissident individuals or groups, including journalists and media outlets, are identified to the police and paramilitaries as legitimate targets for arbitrary arrest or, worse still, summary execution. In response to all these attacks, the Philippine independent media have rallied around the call to “Hold the line.”